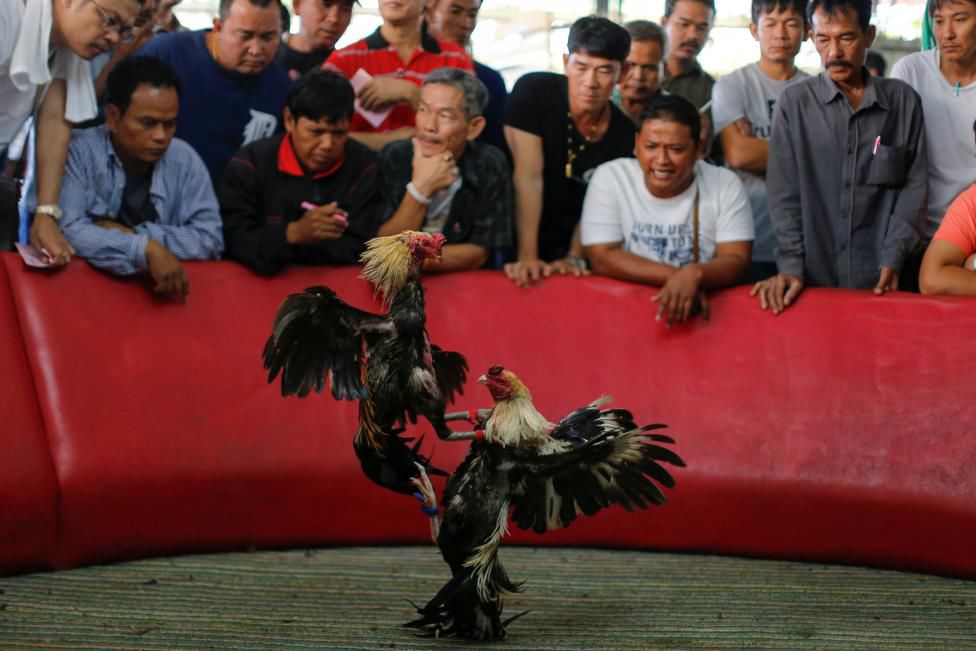 ANIMAL FIGHTING: Men watch a cockfight during festivities organized to celebrate the Lunar New Year and the Year of the Rooster on the outskirts of Bangkok, Thailand, in February of this year. Guam is facing a potential ban on cockfighting after Illinois Republican Rep. Peter Roskam introduced a measure that seeks to ban animal fighting in all U.S. territories. Reuters file photo

Guam Delegate Madeleine Bordallo has issued a statement opposing a bill introduced in Congress on Wednesday that would expand the federal ban on animal fighting, including cockfighting, to all its territories.

Illinois Republican Rep. Peter Roskam introduced the measure. In a written statement, he called animal fighting “an atrocious activity” that has been banned in the United States for 10 years. He said his bill would close the loophole that has allowed this “despicable practice” to continue in the territories.

Bordallo has countered with a statement saying Roskam’s bill “would infringe on local laws and policies.” She believes that any laws regulating cockfighting should be enacted at the local level.

“Cockfighting has important cultural significance and a long history for the people of Guam,” said Bordallo. “I will not support it.”

The Humane Society of the United States issued a statement in support of Roskam’s bill, noting on its website that “some animal fighting” still occurs in Puerto Rico, the Virgin Islands as well as Guam. Humane Society President Wayne Pacelle states, “We shouldn’t have one set of rules against animal cruelty for all 50 states and a different set of rules for U.S. territories.”