Globally! We have to work together worldwide. I think the Filipinos, Chinese, Malaysians, Mexicans, Bolivians, Peruvians, Colombians, Venezuelans, Ecuadorians, Saipanese, Guamanians, and Puerto Ricans can help other countries to gain back their legal sports. Including United States, Pakistan, India, Indonesia, Germany, Netherlands, Japan, Korea, Vietnam among others. Even Thailand and France needs to widen its reach. World.. Unite!

Get Up Stand Up to organize for Cockfighting From All Over The World in the grassroots level in your city and in your country.

First Thirteen Principles of Cockfighting From All Over The World.

Cockfighting From All Over The World is going to be the “United Nations of Cockfighting”. Current or new associations from any country are free to join and become a local organization of cockfighting just like a nation is to the UN. 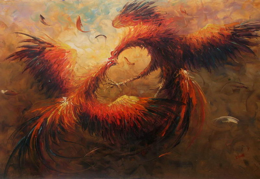 Let’s listen to these songs that might awaken our senses.

Get Up Stand Up

Note: To be universal, replace the word “America” with the word “World”.

Note: For no religion folks, replace the word “Lord” with the word “Liberty” as it is sung in this song. I think it will be universal when you do.

Let them all pass all their dirty remarks (One Love)
There is one question I’d really love to ask (One Heart)
Is there a place for the hopeless sinner
Who has hurt all mankind just to save his own?
Believe me

One Love, One Heart
Let’s get together and feel all right
As it was in the beginning (One Love)
So shall it be in the end (One Heart)
Give thanks and praise to the Lord and I will feel all right
One more thing

Sayin’ One Love, One Heart
Let’s get together and feel all right
I’m pleading to mankind (One Love)
Oh Lord (One Heart)